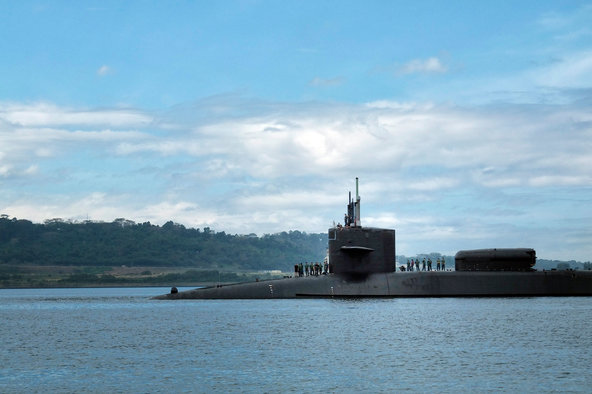 An American submarine preparing to berth at Subic Bay, Philippines, during a military exercise.Credit Jes Aznar for The New York Times

The shoal has no fresh water, human population or even any land to speak of — its highest point is less than six feet above water at high tide. But it has multiple claimants, and they have given it many names:
Scarborough Shoal, Huangyan Island, Democracy Reef, Panatag Shoal and Bajo de Masinloc.

It is in the South China Sea (or the East Sea or the West Philippine Sea), where the names are even more multitudinous than the rocks, and also perilous. After Google Maps dropped Scarborough Shoal, a longstanding name
taken from a ship that smashed against it in 1784, and described the island as part of the Zhongsha island chain of China, many people in the Philippines complained.

A petition on Change.org called on Google to stop implying the shoal was Chinese territory. In response,
Google said on Tuesday that it had reverted to the name Scarborough Shoal.

“We made the fix in line with our longstanding global policy on depicting disputed regions in a way that does not endorse or affirm the position taken by any side,” a Google spokesman, Taj Meadows, said.

Google Maps relies on third-party data providers, and while the company says it tries to maintain neutral names and boundaries, sometimes information and labels from outside sources that are not fully vetted can lead
to complaints.

The service must also meet local laws that can result in different maps for different sites. The map of the South China Sea at Google’s China site, Google.cn,
shows China’s nine-dash line (Google’s version actually has 10 dashes), which demarcates most of the sea, including Scarborough Shoal, as its territory. The version on Google.com does not show the line.

A tribunal in The Hague is now considering a request from the Philippines that China’s South China Sea claims be invalidated. China has argued that the court does not have jurisdiction, and on Tuesday it repeated
its call for the Philippines to drop its pursuit of arbitration under the United Nations Convention on the Law of the Sea.

In 2012, China and the Philippines had a monthslong standoff over access to the shoal, which is about 140
miles west of the main Philippine island of Luzon. The name Scarborough is not the preferred choice of either side. China calls the shoal Huangyan Island, while the Philippines uses the names Panatag Shoal and Bajo
de Masinloc. 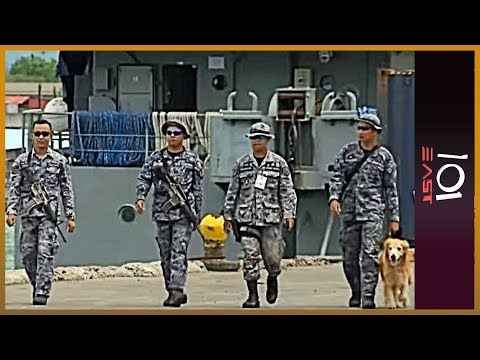 In 2012, China and the Philippines were locked in a two-month showdown over Scarborough Shoal in the South China Sea. Al Jazeera reported on the conflicting claims.

Still, Alf Amp, the user name of the petition’s organizer, declared victory at the use of the name Scarborough.

“Now, whenever we view the Philippines in Google Maps, there will not be a thorn stabbing our hearts knowing why there has not been an action to correct such a mistake,” he wrote.